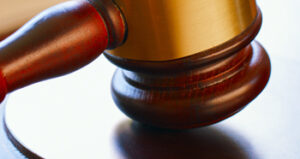 Impaired Driving is what most people think of as a “DUI” or “DWI.”  In Canada, this is a criminal offence, pursuant to section 253(1)(a) of the Criminal Code.  The test is this:

Is your ability to operate a motor vehicle is impaired by alcohol or a drug to some extent?

Lawyers use tend to use words in a very specific way, so it’s useful to break this sentence down.  You’ll note that:

a. It’s your ability to operate a motor vehicle that has to be impaired.

This means that you can display some signs of impairment without triggering the statute.  For example, you might have told the police that you had been drinking, and your breath might smell of alcohol, and you might have been slurring your speech.  Under these facts, without stronger signs of impairment, you would likely be acquitted of the impaired driving charge.  Note that this does not mean that you would automatically be acquitted of any other charge you had, such as an “over 08” or a refusal/failure to provide a sample charge.

b. The impairment can be related to either alcohol or a drug, or a combination of both.

This means that you can be convicted of impaired driving even if you are under the legal limit, or even if you have no alcohol in your body.  For example, you might have been consuming marijuana or prescription medication, and this could have affected your ability to drive.  If so, you could be convicted under the section.